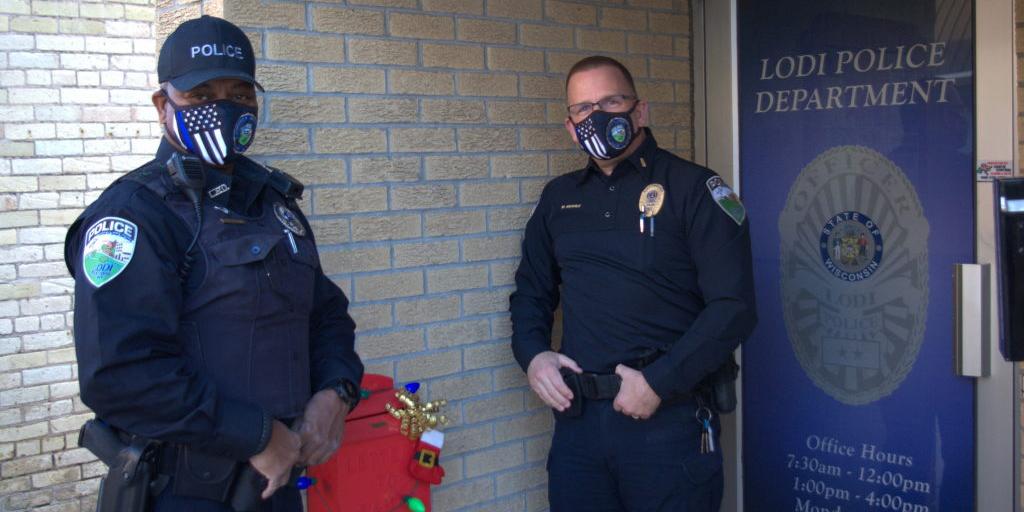 This is the time when Santa and his helpers usually come out to talk with children, see if they’re being honest about which list they’re on, and asking them what they’d like under the tree or in their stocking.

So this year, Santa won’t be coming to the Lodi Valley to talk with our children in person (that’s only a formality anyway; he already knows).  However, he wants to be sure that everyone gets the opportunity to talk to him.  So… Santa has given Lodi a special mailbox–just for letters to him.

The Lodi Police Department–knowing how important these letters are–has graciously agreed to mount this very special mailbox at the entrance to the police station.  All the officers are watching over it to make sure that every letter is kept safe so the Post Office can deliver them to Santa.

If you want to send a letter to Santa, you can put it in the special mailbox at the Lodi Police department.  It’s painted Santa red, so you can’t miss it.

A couple things to remember when writing to Santa: