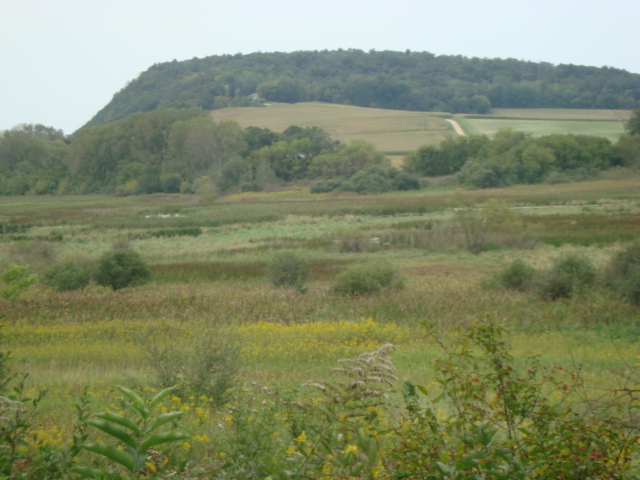 As you walk along the Ice Age Trail you are witnessing some of our state’s incredible history. More than 10,000 years ago, a huge glacier sculpted amazing landforms across Wisconsin. The route of the Ice Age Trail was chosen in order to highlight these glacial features. In this post I’ll share information about some of these forms. All of the definitions are taken from the Ice Age Trail website (iceagetrail.org), where you can find more details about glacial landforms and the geography of the Trail.

Drumlin – An elongated, teardrop-shaped hill. These streamlined hills were sculpted in the direction of the glacial ice movement. The photo with this post shows a drumlin as viewed from the Lodi Marsh.

Kettle – A kettle is a surface depression formed by large, detached blocks of melting ice that were buried with sand and gravel. As the ice melted, the other material collapsed, leaving a crater-like depression. Kettles can be found in many places along the Trail and some are more than 100 feet deep.

Moraine – A ridge formed by unsorted gravel, sand and boulders carried by the glacier and deposited at the outer edge, or front, of the glacier. Some are only 10 feet high, while others rise 250-300 feet. Moraines define the basic route of the Trail and can be found in many places along it.

Esker – A snake-like rounded ridge of sand and gravel deposited by the streams that flowed through the tunnels at the base of the glacier.

Kame – A cone-shaped hill composed primarily of water-rounded sand and cobbles. These deposits were left by streams that flowed downward through shafts in the glacial ice.

Erratic – Boulders that were carried a long distance by the glaciers and deposited when the glacier melted are called erratics. Some of them came from as far away as Canada. They tend to be smooth and rounded and can be found along most of the Trail.

Potholes – I mentioned this one in a recent post. A pothole is a smooth bowl carved into bedrock by the grinding action of stones whirling around in a river. Potholes can be seen near the western terminus of the Trail in Interstate State Park.

The Ice Age Trail is one of the best places to witness many of the landforms created by continental glaciation. On your next hike on the Trail try to identify some of these glacial features. It may give you a deeper appreciation of Wisconsin’s geographic history to be found….Along the Ice Age Trail. 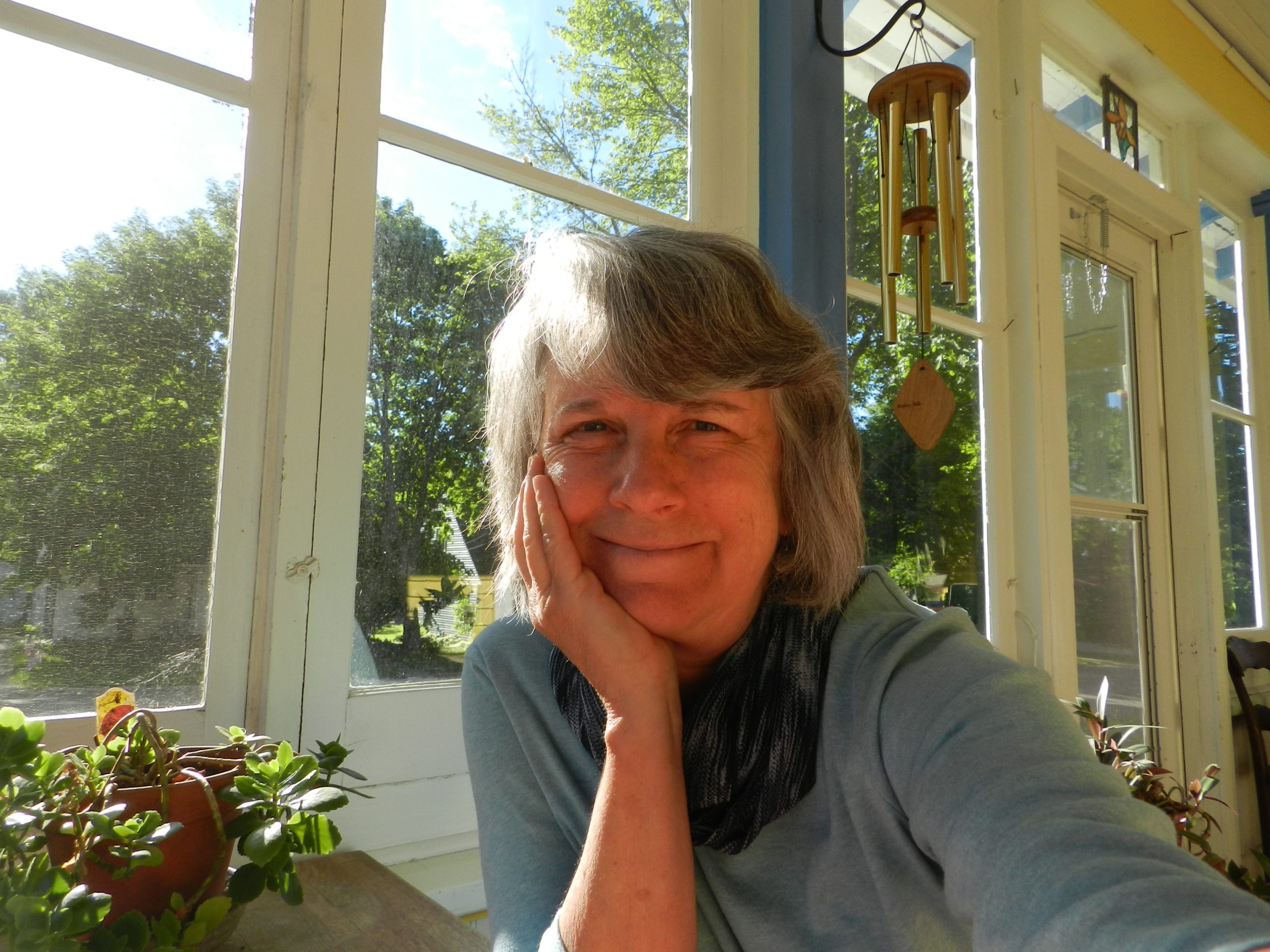 Patti Herman live in the City of Lodi with her husband, Bill Welch. A retired educator, Patti is glad to be living in the Lodi Valley where she is surrounded by so much natural beauty, including the beauty to be found along the Ice Age Trail.

Published in Along the Trail and Columnists