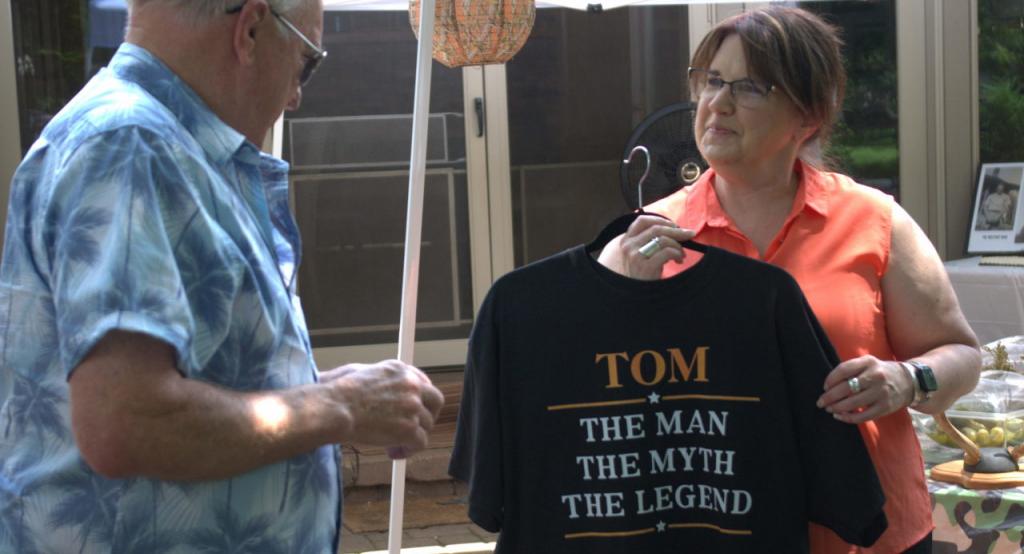 Tom’s a Poynette native, but after serving in the US Marines, moved to Lodi at the age of 25.  Originally working as a carpenter, Tom was later hired on by the City of Lodi and served in several capacities, including Building Inspector.

At the age of 48, Tom decided to go to college.  Shortly after graduating, he accepted a position with the Lodi Police Department where he served as an officer for 24 years.  He later moved on to the Columbia County Sheriff’s Department where he still works several days a week.

Tom’s contributions to Lodi extend beyond his work with the city and law enforcement.  He served for 30 years on the Fair Board and, along with local icon Earl Bilke, worked to restructure the fair and ensure its long-term solvency.

The party–a surprise to Tom–was arranged by his wife Beverly and his children, Angela, Andrea, Spencer, and Tatum–all of whom were in attendance.  Famous Dave’s out of the Dells supplied the food, alongside an amazing array of desserts.

Family and long-time friends came from all over Wisconsin (and a few a bit farther) to spend a warm afternoon at the McGowan house and reconnect with good friends.