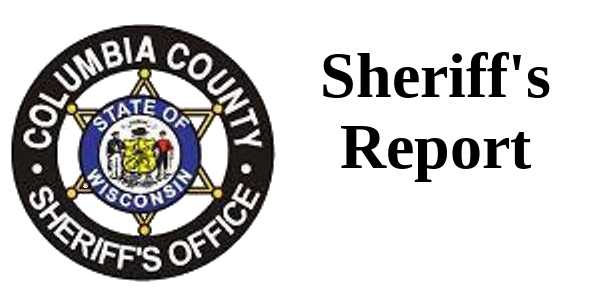 This is a press release from the Columbia County Sheriff

The Columbia County Sheriff’s Office has been working nonstop with numerous law enforcement officials from local, state, and federal agencies since Deering and Newman escaped from CCI. Yesterday morning, we contacted Rockford Police Department and the Winnebago Illinois Sheriff’s Office as our investigative team had information that the suspects travelled to northern Illinois. With any investigation, tips and information are fluid and cannot always be confirmed or disclosed. We followed up on many tips and investigative leads as information came in.

At 8:37 a.m. this morning, JAMES ROBERT NEWMAN, M/W, DOB 06/28/83 and THOMAS E. DEERING, M/W, DOB 09/30/74 were apprehended in Rockford, Illinois. They were arrested without incident after a citizen contacted the police after recognizing them from wanted pictures.

It is believed a vehicle picked up Deering and Newman at 5:54 a.m. yesterday morning at the Poynette Piggly Wiggly and traveled southbound on Highway 51 leaving Poynette. Our investigative team is still trying to locate this vehicle. Our focus is finding everyone that helped them escape from both inside and outside of the prison.

As the investigation continues, additional arrests are expected. Last night our detectives arrested HOLLY MARIE ZIMDAHL, age 46, from rural Pardeeville for party to the crime of escape. Zimdahl was a civilian kitchen worker at CCI.

I want to thank Miss Carly’s in Rockford, Illinois for being brave and calling police while keeping the suspects there. These two individuals were very dangerous suspects and we are thankful nobody was hurt during their escape and arrest.