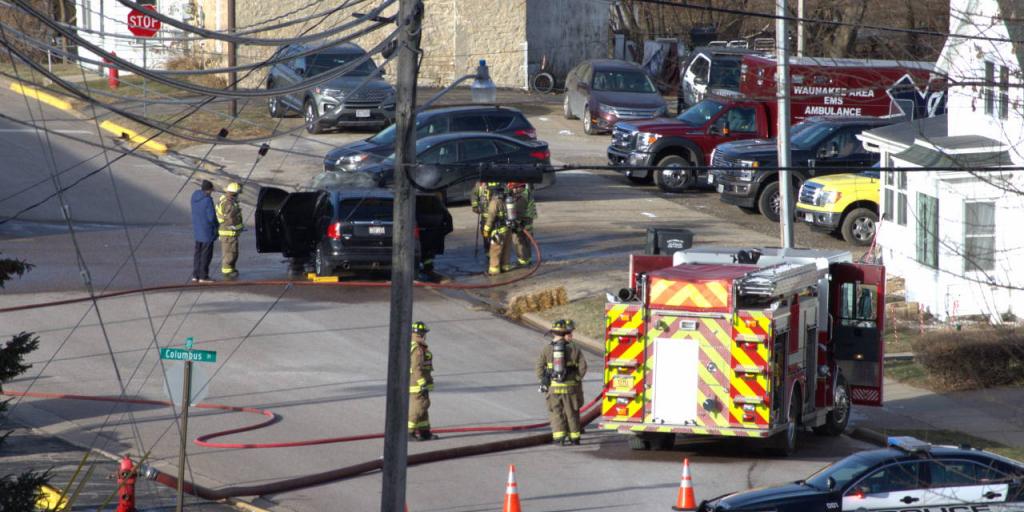 Wednesday, an unoccupied vehicle burst into flames on Spring St., just behind Bushnell Ford.  The driver had stopped and exited the vehicle to speak with the staff a Bushenell’s before the fire started.

Lodi Fire Department responded to the fire.  There were no injuries, but the car was a total loss.